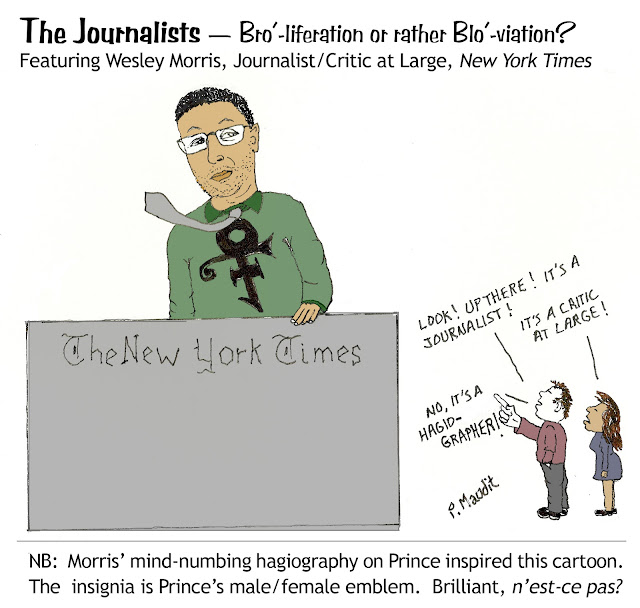 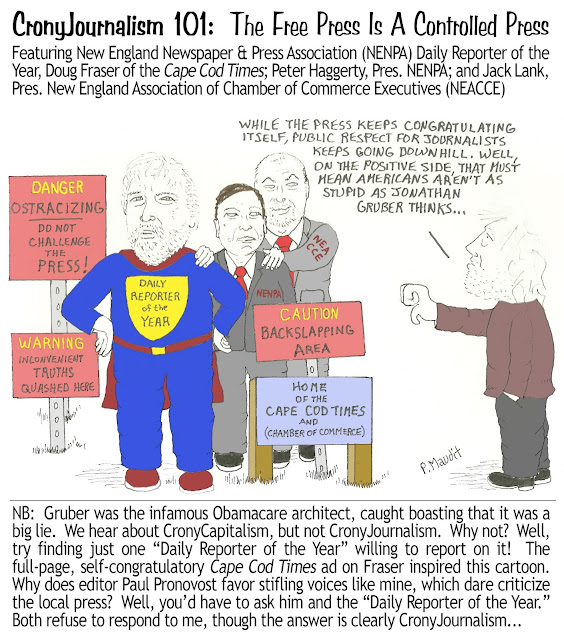 Blacklisted.  My opinions will NEVER appear in my local newspaper, the Cape Cod Times.  Why not?  For the latter, I simply do NOT exist...

TABOO:  THOU SHALT NOT CRITIIZE NEWSPAPER EDITORS AND THEIR JOURNALISTS!  Break it and be blacklisted.

Unsurprisingly, the targets in the above cartoon did not respond.

From: George Slone
Sent: Monday, March 28, 2016 2:56 PM
To: dfraser@capecodonline.com
Subject: Notes on Daily Reporters of the Year...
To Doug Fraser, Daily Reporter of the Year, Cape Cod Times Staff Writer:
So, why didn’t the Daily Reporter of the Year wish to write a story on local Barnstable senior citizen permanently trespassed from Sturgis Library without due process for a… speech crime?  And why doesn’t the Daily Reporter of the Year care that his newspaper blacklists local citizens like me from expressing viewpoints in the form of letters to the editor?  So, how then should I interpret what Daily Reporter of the Year really means?  Does it mean good journalism or does it mean chamber-of-commerce, pre-approved journalism, which is really not journalism at all?  Does it mean possessing a special appreciation for freedom of speech, freedom of the press, due process, and vigorous debate, democracy’s cornerstones, or does it really mean only a superficial appreciation of those things?  Nothing personal here.  I don’t know you.  I just saw the full page promoting your… grandeur.  Behind all the kudos, there’s usually another story.  Well, I don’t expect to hear from you.  After all, your job depends on being obedient to your editor, Paul Pronovost, who is certainly NOT a good journalist.  If you follow in his dubious footsteps, you’ll know silence to be golden…

From: George Slone
Sent: Thursday, March 31, 2016 4:23 PM
To: ppronovost@capecodonline.com
Cc: jack@unitedregionalchamber.com; l.conway@nenpa.com; m.sherman@nenpa.com; info@nenpa.com; editor@barnstablepatriot.com
Subject: Doug Fraser satirized in a new P. Maudit cartoon
To Paul Pronovost, Editor, Cape Cod Times:
Prior to sketching the attached cartoon, I tried communicating with your “Daily Reporter of the Year,” Doug Fraser, but he decided he didn’t want to respond.  Evidently, he takes after you when it comes to criticism… you know, the ole earplug and silence is golden routine.  Anyhow, why not publish the cartoon in your newspaper?  It would really show the public that you are INCLUSIVE, OPEN-MINDED TO CRITICISM, and most of all an ardent proponent of FREEDOM OF SPEECH and VIGOROUS DEBATE.  Pipe dream?  You bet! 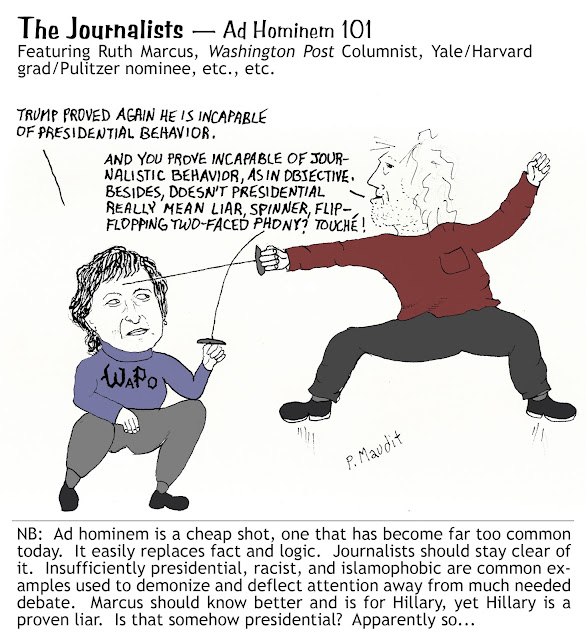