To Paul Pronovost, Ed., The Cape Cod Times:  Here's another letter you won't publish in your newspaper.  Why not?  Dangerous times?
G. Tod Slone, Ed.
The American Dissident


Dangerous Times:  Too Many Journalists Are PC-Ideologues
Sadly, your editorial, “Dangerous Times:  Journalism Remains a Perpetual Punching  Bag,” reflects the same one-sided victimization and self-congratulatory stance as the previous editorial you published  on 8/26, “Exposing the Truth: Media’s Pen Remains Far Mightier Than Any Sword.”  Well, unsurprisingly, you did not publish my letter with its regard.  Will you publish this letter?  In other parts of the world, journalism can indeed be dangerous (Cuba, Russia, China, Iran, ISIS) or, if not dangerous, tough.  But the “assaults on journalistic integrity,” as you term them, can also come from within.  It is odd that you do not even mention the huge assault, as underscored in Sharyl Attkinsson’s recently published book Stonewalled.  That assault has been by the Obama administration and newspaper editors themselves, in case you are unaware.  It is the assault of political correctness (left-wing ideology) on truth and transparency!  How did you manage not to include that in your editorial?  How not to question the integrity of journalists who do put PC above truth telling?  ”The truth is often far from pretty,” you note, “but it remains the truth, and someone has to tell it.”  But then why do you not follow your own advice here on Cape Cod?  Why do you continue to refuse to report on Sturgis Library’s permanent banning without due process of me, my ideas, and books I publish from its premises?  Why do you refuse to report that my civil rights are being denied under your editorial snout right here in Barnstable where I cannot attend any cultural or political events held at my neighborhood library, you know, the one my taxes help support, the one that disdains free speech, vigorous debate, and due process, democracy’s very cornerstones?  You, dear editor, are one of those very hypocrites you decry in your editorial...

PS:  Journalists sometimes, perhaps many times, are not the victims at all, but rather the perpetrators, either by their silence or active participation, of status-quo bullshit, you know, like Obama's "the most transparent administration in history"... 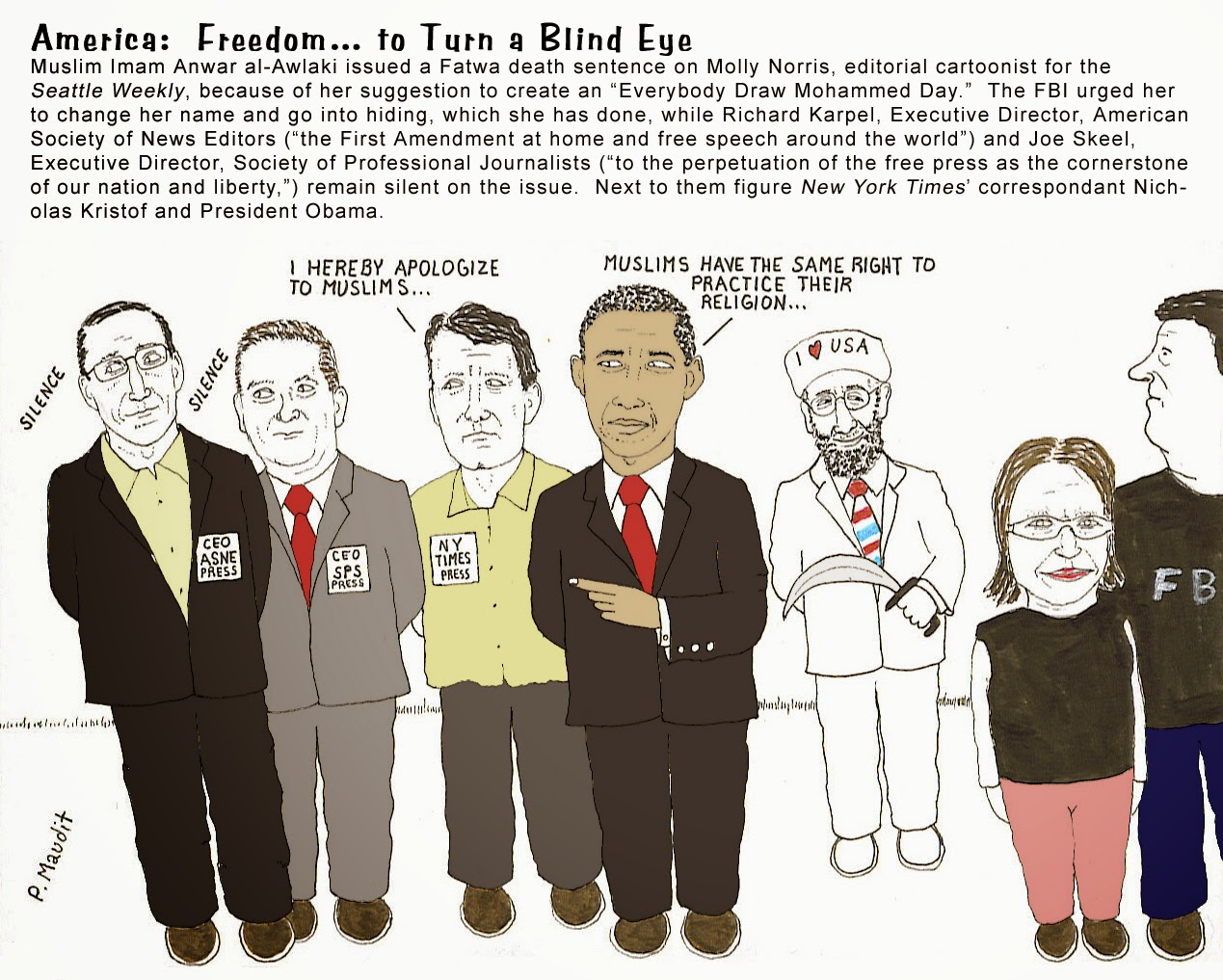 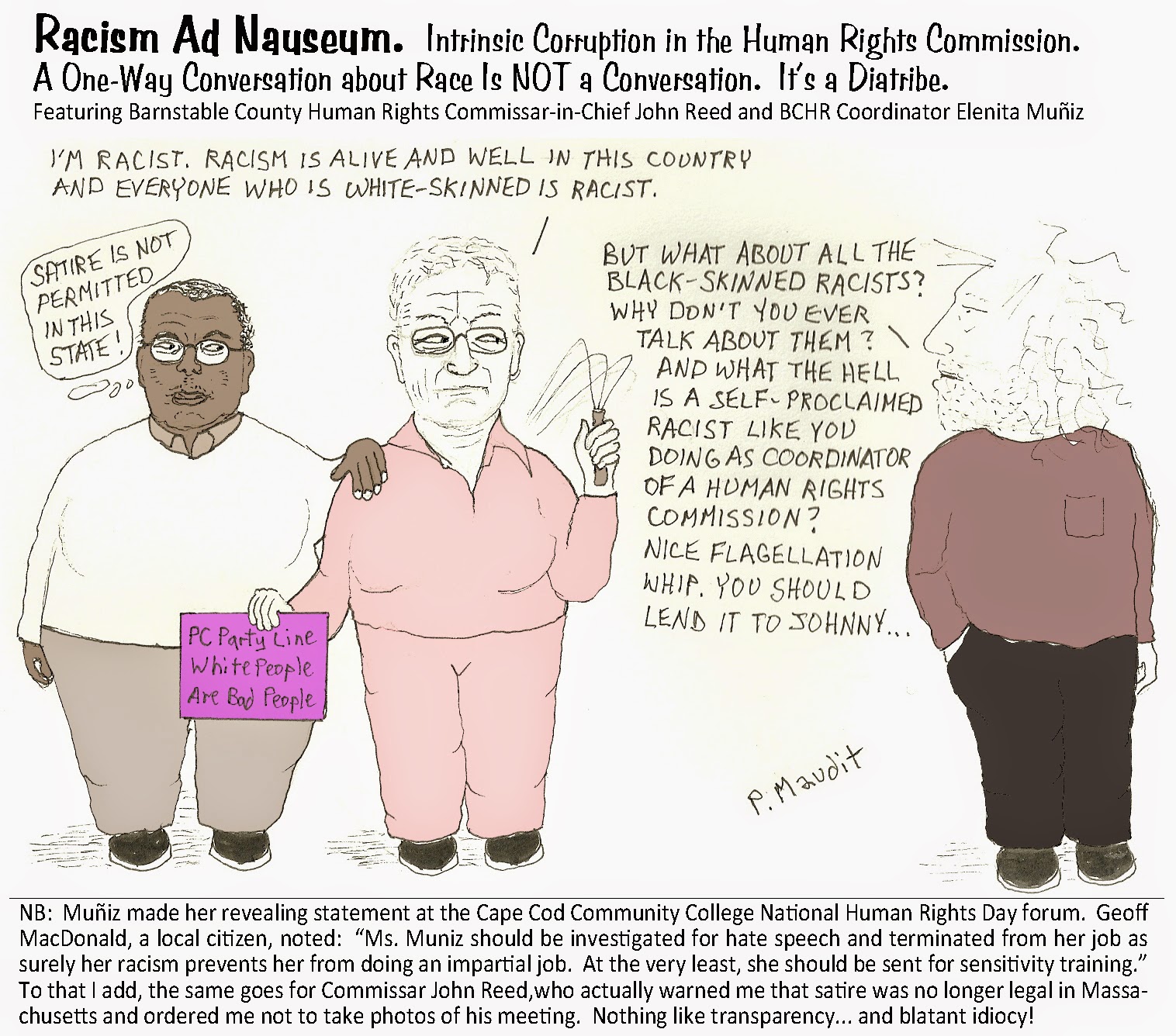 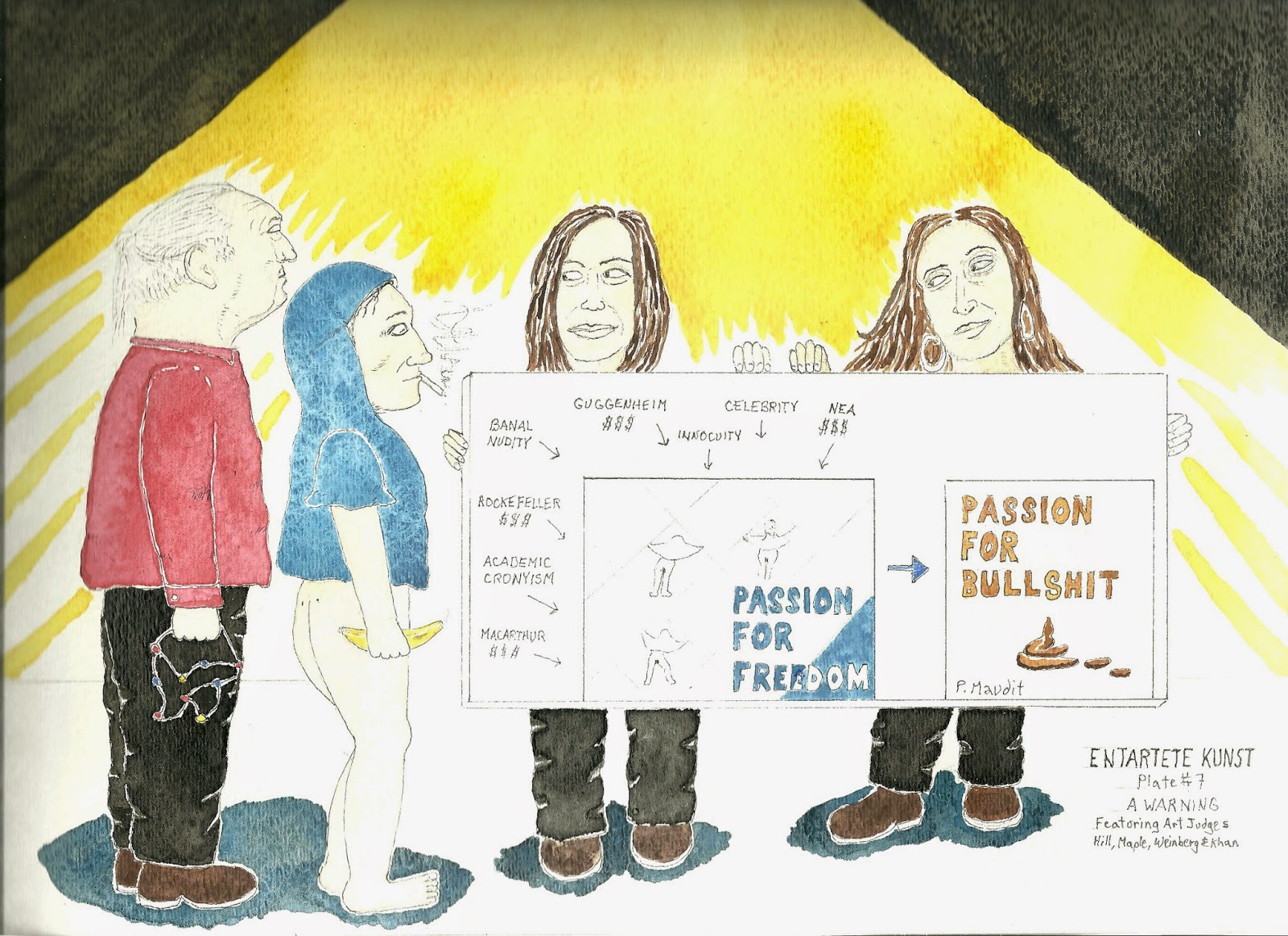 Open Letter to the Anonymous Organizers
Of the Passion for Freedom Festival
Why the anonymity?  Why are you not even listed on your web page? How does one contact you, besides via the impersonal contact form?  How does one criticize you, if you are anonymous?  How does that jive with freedom?


Anyhow, art should be more than SEX— nudity, vaginal monologues, open fornication, menstrual fluids, and giant penis sculptures.  It should be more than self-promoting artist doggies beggaring for fame.  Your focus is commendable.  But why did you choose self-promoting artist doggies beggaring for fame as judges?  The web pages of Gary Hill, Sarah Maple, Lee Weinberg, and Deeyah Khan prove the point.  In fact, Khan even promotes herself as the “Muslim Madonna.”  You know, Madonna the multimillionaire celebrity air-head pop singer… unless, of course, she means the other Madonna.  Hmm.


Perhaps one of the last bastions of non-freedom in the West for artists is for artists to criticize the art machine that feeds them… including the Passion for Freedom festival.  What do you think?  Might such a view be included in your statement:  “Everybody has something to offer, something that may enrich or support FREEDOM OF EXPRESSION”?  Or might your other statement negate that inclusion:  “Every individual and every organization willing to take a part in our activities or support us is welcome.”  So, if I am not willing to support you, then I am not welcome.  That seems to be the modus operandi of just about every thin-skinned art curator (and poet) on the planet today.


Not one of your prize winners created art critical of the art machine.  So, featured above is a satirical sketch I did on four of your art-machine judges and your festival.  Would you have considered it for your Exhibition?  Or would it have been too un-understandable (i.e., incomprehensible) and/or not large enough in size (anything huge in size tends to be acceptable as art today)?  If you are not impressed by the technique, which is certainly not my forte, what about the idea incorporated in the sketch?


It is sad to see artists basking in the art limelight.  Ai Weiwei comes to mind, as Celebrity Dissident Incarnate, friend of politicians and the art machine that pays him so royally.  The light becomes so bright for some of them that it evidently blinds them to the intrinsic corruption in the art machine… which churns out the blinding light… and monetary rewards.  So many artists grovel for connections that might help lead the way to fame, even minor.   But what about the few artists who refuse to grovel… before the NEA, Guggenheim, MacArthur, etc.?  Why don’t you feature one or several of them?  The problem of course is simple:  how would you ever hear about them?  You wouldn’t!  Art festivals also grovel for fame!  What Faustian deals are concluded by artists and festival organizers!


Finally, I strongly urge you to provide a space on your website devoted to criticism of your Passion for Freedom festival.  Now, that would truly be a manifestation of such passion and reverence for democracy.  Last year, to the deaf ears of Passion for Freedom curator Agnieszka Kolek (is she still one of your organizers?), I essentially suggested the same thing with a different critical sketch (see  https://www.blogger.com/blogger.g?blogID=239569862679528067#editor/target=post;postID=7541908710591132773;onPublishedMenu=allposts;onClosedMenu=allposts;postNum=2;src=link).  Thus, I give it another whirl.  Rare—very, very rare—is the literary editor who will publish harsh criticism of his or her literary magazine.  Evidently, the same goes for the art festival organizer.  Thus, in accord with what you purportedly do, I “discuss subjects omitted in politically correct circles” (i.e., criticism of the academic/literary established order and art machine) in “open and uninhibited discussion,”  though clearly I do not fall into your gathering of “like-minded people.”  Am I “more than welcome”?  Out of 882 people who checked out the sketch on Kolek, only one commented, a friend, Timothy Bearly, who noted perspicaciously:  “It's always frustrating to see safe and predictable artists pretending to be audacious, avant-garde and controversial. ‘Not afraid of regimes,’ but afraid to respond to a critical email.”


Finally, the question remains: is your festival just another cocktail-party, celebrity art festival, or are you truly different? 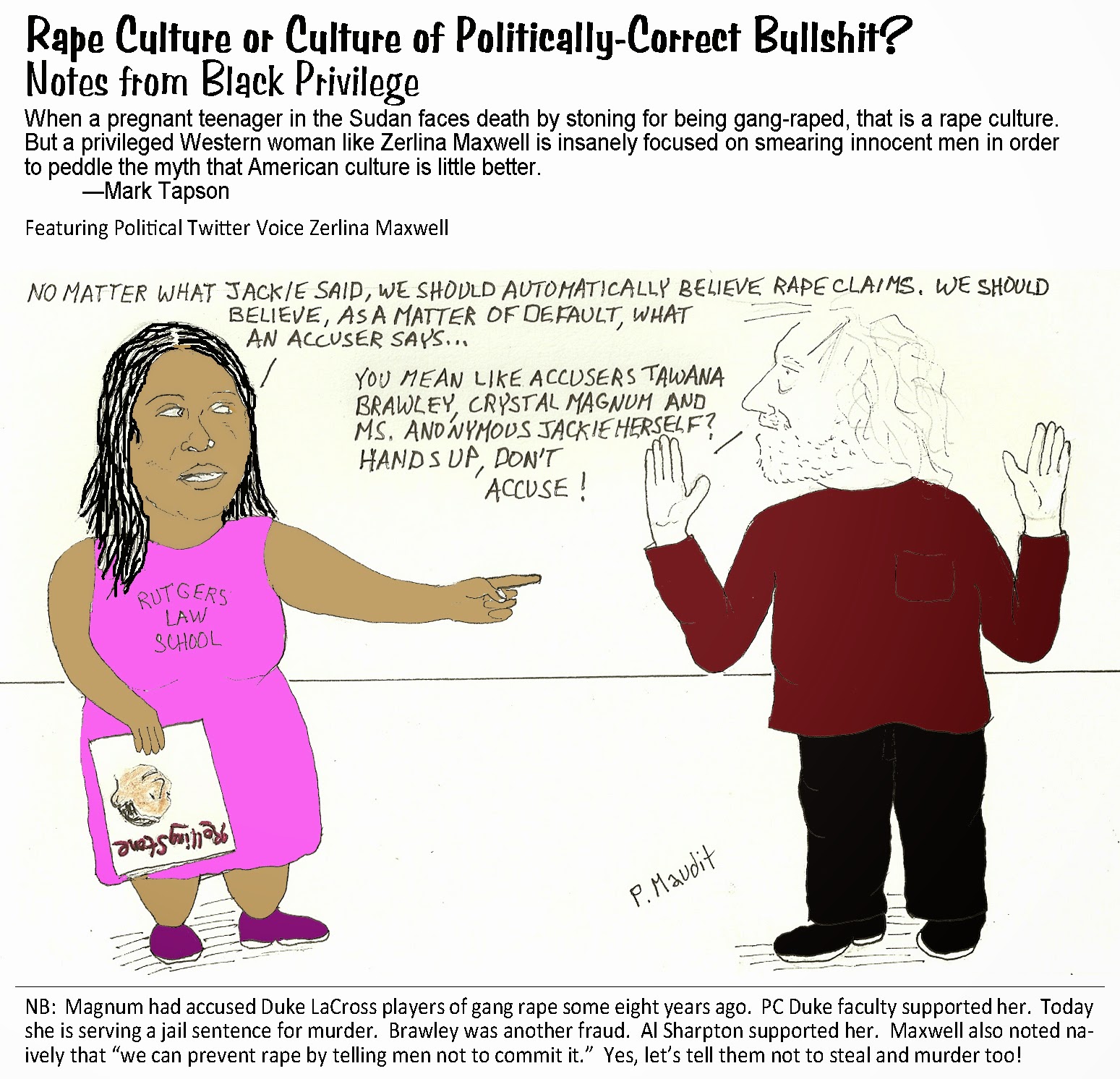 
To Michael Dirda, Washington Post Reviewer:
How not to conclude when reading your book reviews that you are a paladin of the literary-established order.  Is there no such thing as a bad book review in the Washington Post?  Your review of James Booth’s Philip Larkin: Life, Art and Love serves as yet another example of blind positivity.  You seem unable to question the most basic of principles, including fame and what fame might imply in literature.  You state:  “Philip Larkin (1922-1985) is as famous a poet as any…”  So, for me, that likely implies he played the game, kept his mouth shut, did not have the balls to question and challenge the literary establishment.  So, why should one revere a “famed” poet therefore?  You state in your hagiography of Larkin that he wrote “clear, accessible poetry that, once read, could never be forgotten,” and cite the following to support your odd contention:  “Sexual intercourse began/ In nineteen sixty-three/ (which was rather late for me). . . . What will survive of us is love. . . . Age, and then the only end of age. . . . Never such innocence again.”  Are there really others besides you, who will NEVER ever forget those seemingly banal lines?  And who gives a damn about Larkin’s purported “geek-chic” look?  Who cares about his sexual experiences and porn collections.  Who gives a damn if he enjoyed “washing dishes and doing laundry”?  What I care about is wisdom.  And your article did not present an iota of wisdom.  Why do you guys insist on inflating these dead, flaccid poets?  Let them stay buried.