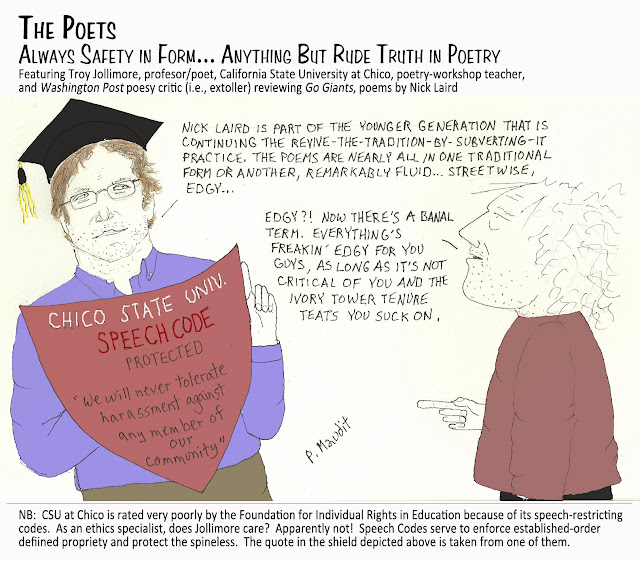 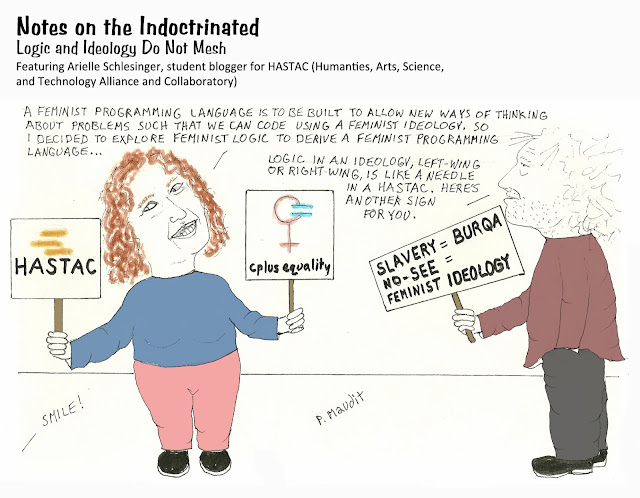 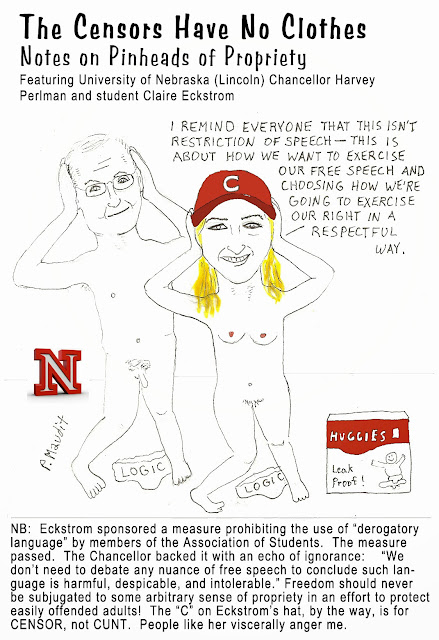 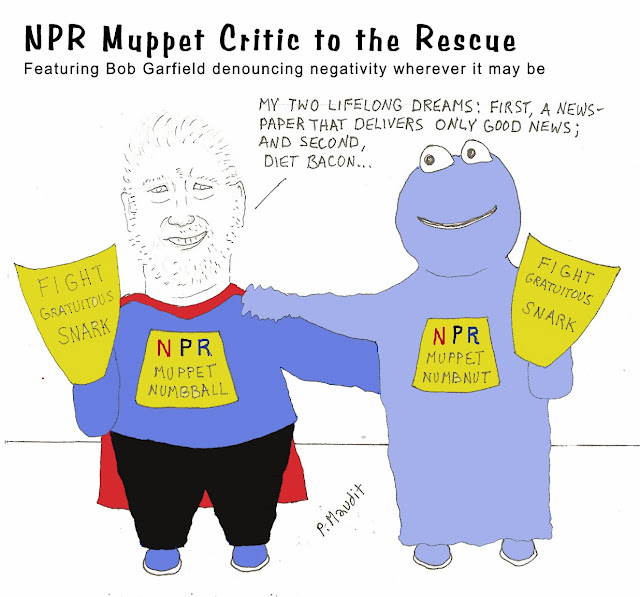 Message - Confirmation
Thank you for contacting NPR. Your message has been sent.
To return to NPR.org, click here.
To visit our Help Center, click here.
Posted by G. Tod Slone at 4:17 PM 1 comment: 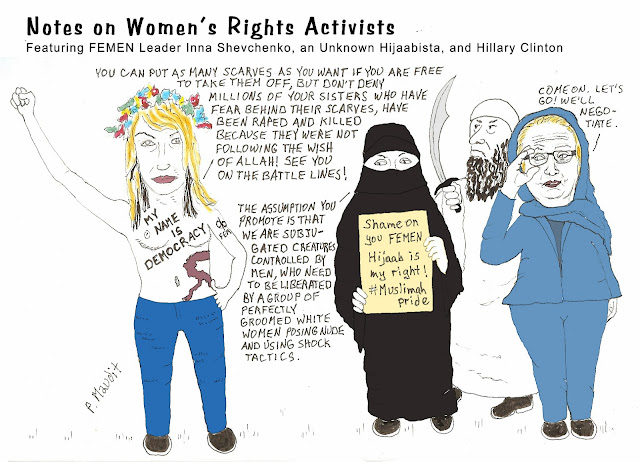 During Hillary's tenure as Secretary of State, she did NOT speak out against the horrendous treatment of women by Islamists and did not mention Sharia Law and its horrendous doctrine vis-à-vis women.  Does she mention those things during her $250,000 paid speeches?  Me thinks not.  And yet Jeb Bush, another of our hack leaders, awarded her the Liberty Medal!
Posted by G. Tod Slone at 5:52 AM No comments: 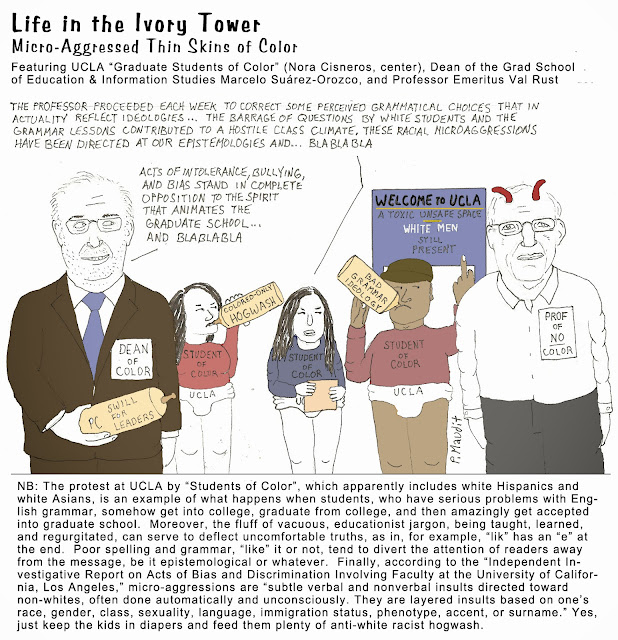 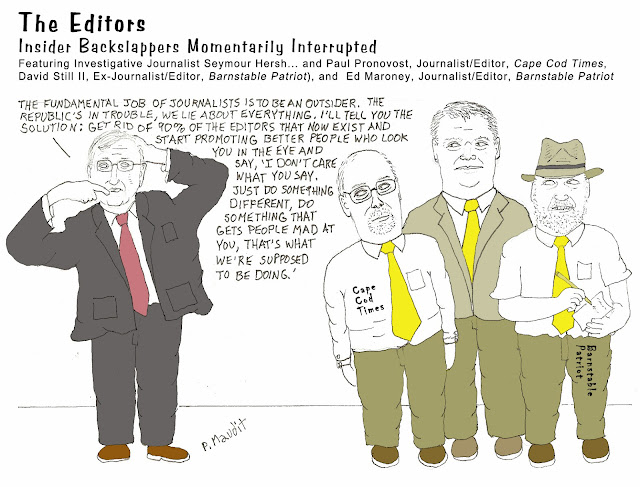 It is an odd, likely wide-spread, reaction that if one is critical of a newspaper editor, for example, the latter will ignore and otherwise help ostracize the critic into oblivion.  The same of course goes for academics, librarians, poets, politicos, and probably most other “professionals.”   Democracy is in serious trouble when adults cannot bear to be criticized.
Posted by G. Tod Slone at 2:21 PM No comments: 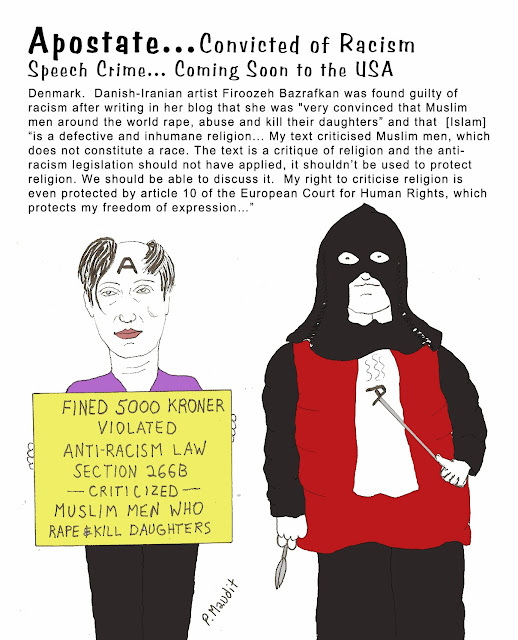 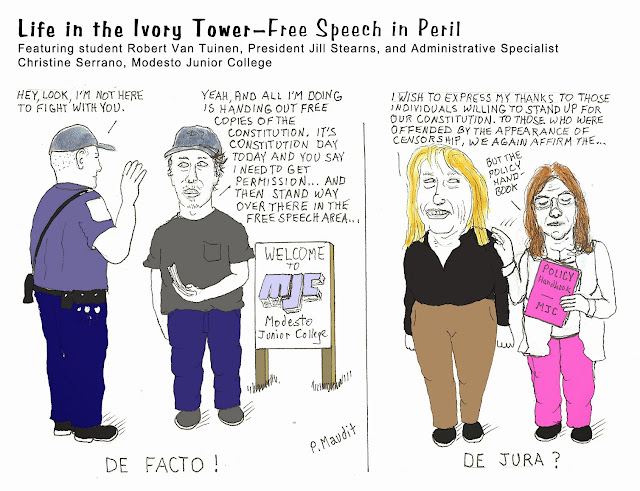 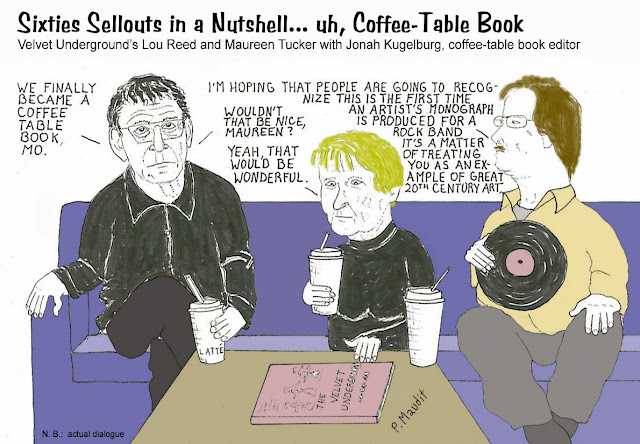 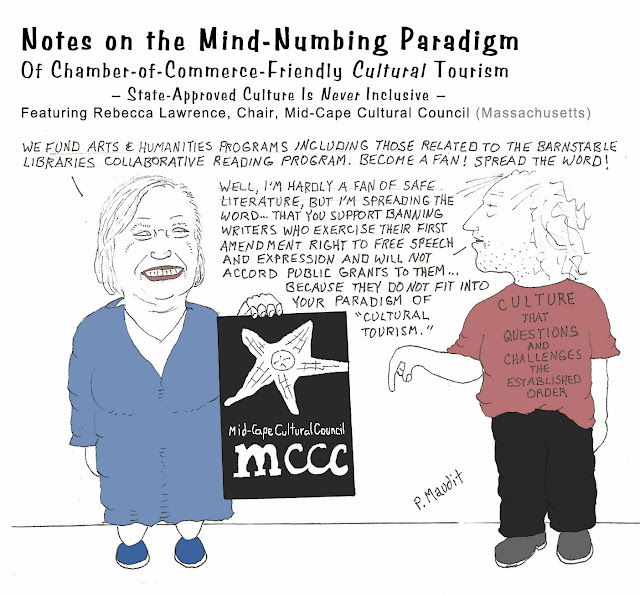 NB:  Surprise!  Not one person at the cultural council responded to the following grant request.

Freedom of Speech: Democracy, Dissidence, and Art
(A Grant-Request Project by a Citizen Non Grata of Barnstable, MA) 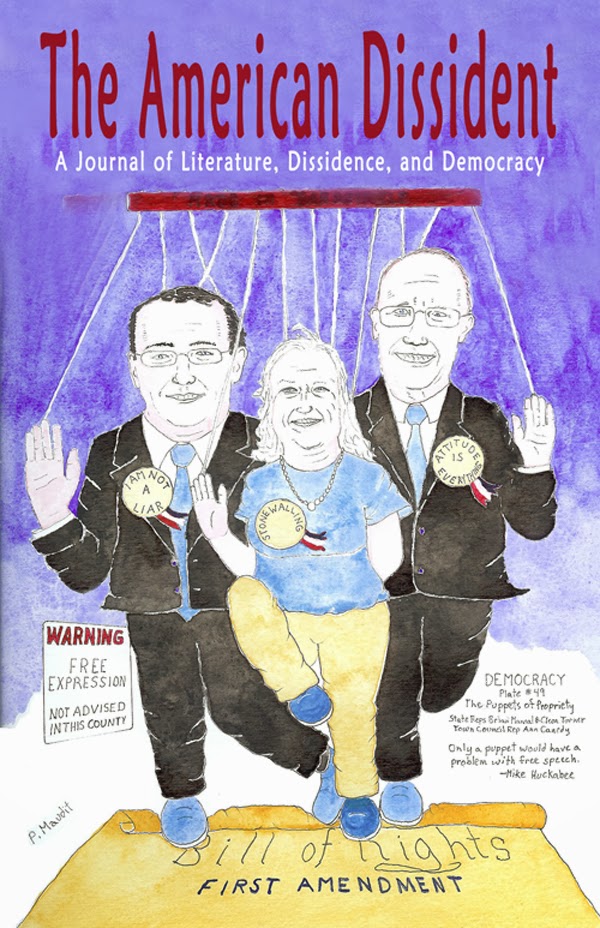 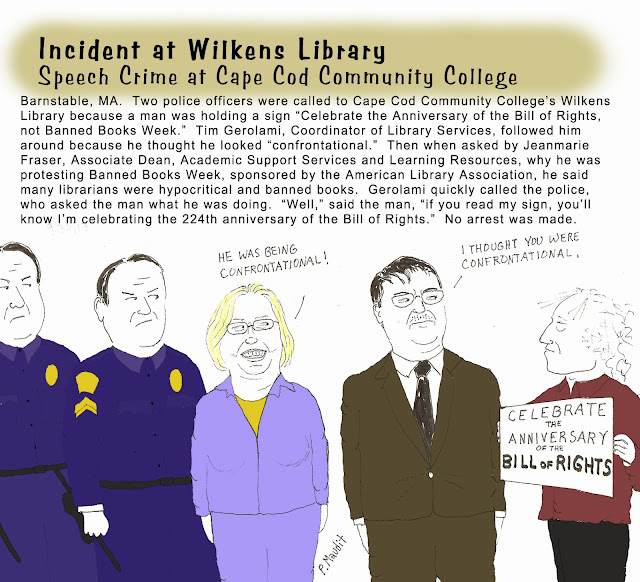 For a full written account of "An Incident at Wilkens Library" with oddball though real dialogue, check out http://www.globalfreepress.org/editorials/topics/free-speech.  Somehow I managed to get the Cape Cod Community College student newspaper, The Main Sheet, to actually publish a letter to the editor on the incident.  Its editor should be congratulated. There is hope!  The published letter is the following:

To the Editor, The Main Sheet, Cape Cod Community College, Barnstable, MA:
Perhaps the prime concern of humanities professors (English, journalism, etc.) ought to be rousing student interest in democracy and, in particular, the First Amendment and vigorous debate, especially regarding controversial thoughts and ideas.  Yet that concern seems all but inexistent, buried by the overwhelming focus today on multiculturalism and diversity.
Calling the police on a man quietly holding a sign in the library is one sure way to discourage students and others from exercising their First Amendment rights.  That’s what happened to me a few weeks ago at Wilkens Library.  “Celebrate the Anniversary of the Bill of Rights, Not Banned Books Week” was my sign.   Read the full account of what happened: www.globalfreepress.org/editorials/topics/free-speech.  Perhaps CCCC writing and journalism instructors ought to expose students to the account and emphasize in their classes that, for writers, Freedom of Speech is of prime importance.  Without it, jail cells, torture chambers, firing squads, and/or exile await them.  In fact, I’d be happy to speak to students on this very topic and have even prepared a detailed syllabus with its regard.  Might there be an interested professor?  If so, contact me.  I don’t bite or make threats.  Hell, I live and publish here in your very community and even possess a doctoral degree.
Sadly, only about one in 30 CCCC students expressed interest in my sign.   But not even one of the English or journalism professors I’d contacted cared what happened at Wilkens.  Not one of them cared about the refusal of both the Cape Cod Times and Barnstable Patriot to report on my being permanently trespassed without warning or due process from Sturgis Library in Barnstable.  Not one library director of the Clams Library System of Cape Cod, which includes Wilkens, would even respond to my demand for due process.  Not one CCCC professor cared that The American Dissident, a 501 c3 Nonprofit Journal of Literature, Democracy, and Dissidence, had essentially been banned by those library directors from the System.  Why do Dean Jeanmarie Fraser and Tim Gerolami, and professors Sarah Polito, Bruce Riley, Kathleen Soderstrom, Michael Olendzenski, Patricia McGraw, James Kershner, Dianne Gregory, John French, Christine Esperson, Bill Berry, Patricia Allen, and Dean Debower not care?  And why don’t the local politicians (Tom Lynch, Brian Mannal, Cleon Turner, Ann Canedy, etc.) care?  Is commerce all that concerns them?  And what about the ACLUM and PEN New England?
Sadly, CCCC police officers are not educated regarding citizen rights.  The police supervisor, who confronted me, explicitly and angrily ordered me to stop recording him.  Well, I obeyed, but then only later discovered citizens have “a specific First Amendment right to record police officers,” according to two major court decisions (U.S. Court of Appeals for the 1st Circuit and the 7th Circuit Court).
It is mind-boggling the police were called in the first place because both Dean Fraser and Mr. Gerolami somehow determined that holding a sign silently was a “confrontational” activity and that because students were “looking” at the activity, it somehow “disrupted the flow of the education system.”  Wow.  CCCC deans and faculty need to be educated as to the First Amendment.  They clearly are not.  Court cases have sided over and again with Justice William O. Douglas’ view that “The function of free speech under our system of government is to invite dispute. It may indeed best serve its high purpose when it invites a condition of unrest, creates dissatisfaction with conditions as they are, or even stirs people to anger. Speech is often provocative and challenging. It may strike at prejudices and preconceptions and have profound unsettling effects as it passes for acceptance of an idea.”  Yet the deans and faculty do not seem to care about this.   Does President John L. Cox care?  Perhaps not.
Moreover, “disrupting the flow of the education system” is far too vague a term to overrule the right to exercise free speech at a public institution.  Such a term needs to be carefully defined and narrowly limited or it will accord administrators the power of unchecked censors.    Holding a sign for a mere 10 minutes, not getting in anyone’s face, not threatening anyone, and not provoking people to violence is a legal activity in America.  So, why is it a questionable one at CCCC?
Finally, student newspapers ought to devote a page or even a small corner of a page to uncomfortable criticism of the particular college or university housing it.  Students need to be encouraged to question and challenge all things, especially those that seem to enjoy protected status.
Students ought to be encouraged to ask themselves what they think they shouldn’t write or speak about, even make a list of such taboos and why they seem to be taboos.  If such taboos serve to avoid offending others and hide uncomfortable truths or opinions, then they need to be broken.  Citizens need to build spine and not be so easily offended.  Democracy depends on that.  Anonymous authorship ought to be fully discouraged.
Now, the probability this letter will change absolutely nothing is very high.  So, why bother writing it?  Ego?   Well, surely, those criticized in it would a-men to that.  But I’d argue that visceral passion for the freedom to speak, opine, and write is the principle reason.  If being egocentric means having such a passion, then fine.  I’d much rather be that than a see-no-evil, hear-no-evil, speak-no-evil careerist.   The former Soviet Union was loaded with those… and today so is the USA.  The right to freedom of expression is recognized as a human right under Article 19 of the Universal Declaration of Human Rights.  Do not seek to diminish that right with your own spinelessness, biases and inane excuses, as in “disrupts the flow of the educational system.”
G. Tod Slone, Ed., The American Dissident
Barnstable, MA
Posted by G. Tod Slone at 11:43 AM No comments: 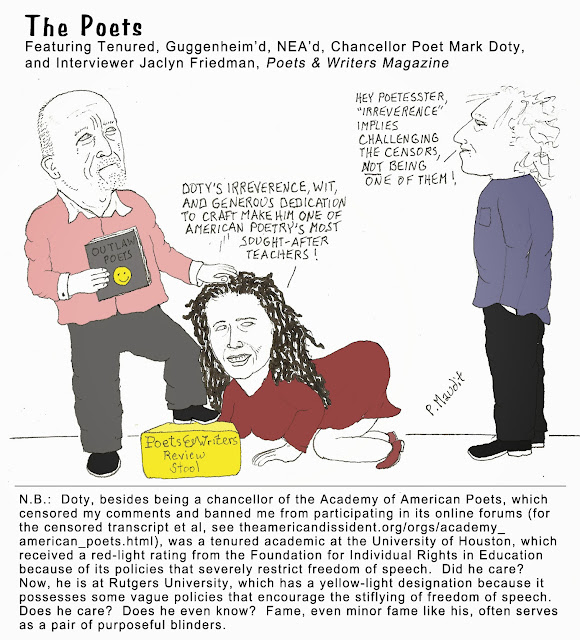 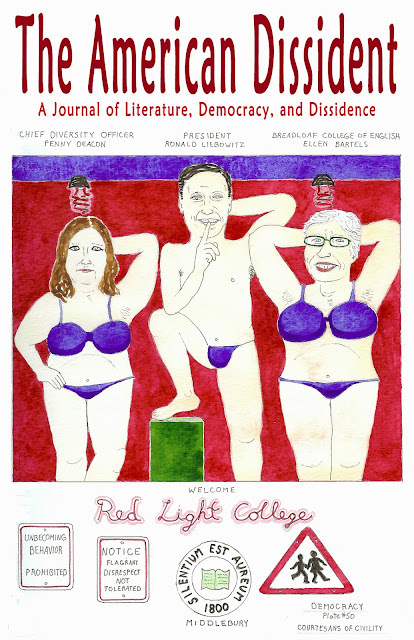 ﻿
NB:  A month ago or so, I'd sketched a cartoon on Middlebury College, posted it here on the blogsite, sent it on to the student newspaper and parties concerned.  Sadly, though  quite predictably, not one administrator, professor, or student editor responded.  Ever testing the murky waters of democracy on college campuses in America, I gave it a second whirl, this time with the front cover of the latest issue of The American Dissident.   And again, Middlebury College proved hermetically closed to outside criticism.  BTW, I am a Middlebury College alumnus, and am constantly asked to contribute money to that institution, which possesses a poor free-speech record and won't even subscribe to The American Dissident, published by one of its own and for only $20/year.
Posted by G. Tod Slone at 10:53 AM No comments:

My neighborhood library, Sturgis Library, disdains the Bill of Rights; in particular, the First Amendment, which accords citizens the right to exercise Freedom of Expression with impunity. As mentioned in a previous post, I was permanently trespassed (June 2012)without due process or warning  because of my written criticism of library policy and egregious hypocrisy.  Below is Sturgis Library's response to my attempt to interest it in the Bill of Rights day.  The photo depicts library trustee Ted Lowry. 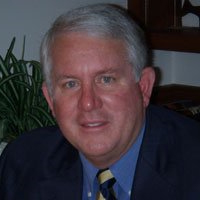 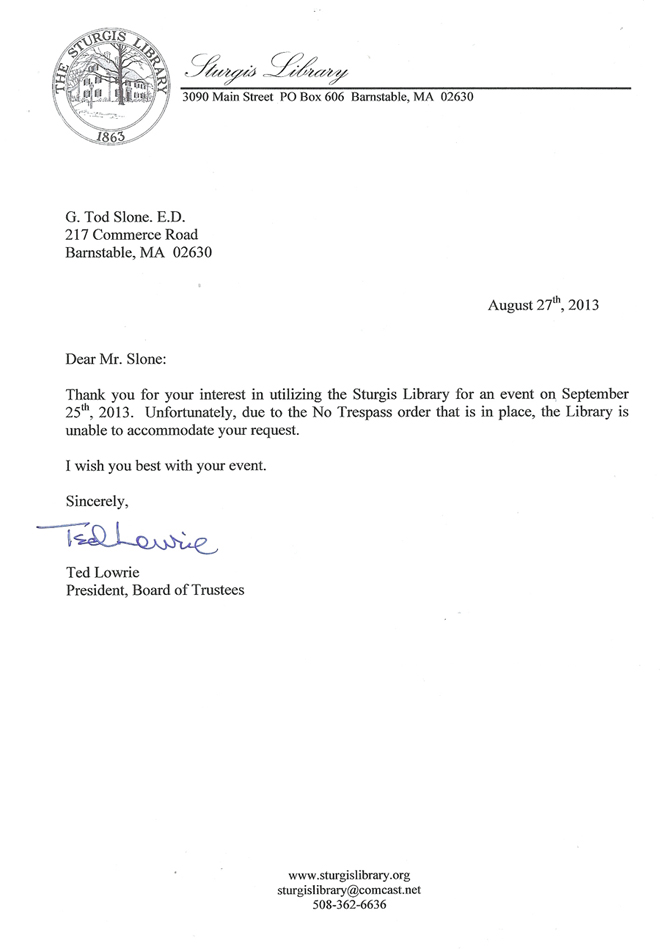 
To the Director, Trustees, and Staff, Sturgis Library:
It has been over a year now since your decree to punish my exercise of Freedom of Speech by permanently banning me from visiting your library (i.e., my neighborhood library).  I am requesting a two-hour reprieve so that I may host a Freedom of Speech Day event on September 25th at Sturgis Library.  Surely, you must have some notion, deep within, of the intellectual importance of Freedom of Speech for Western Civilization and America in particular.
For your information, September 25, 2013, marks 224 years after the passage of the Bill of Rights.  Patriots across America will host events, on that day, and educate the public about how Freedom of Speech is under attack—and what we all can do to protect it.
You will note that since your decree (and prior to it!), not one of your patrons or staff has been threatened by me.  Recall that public safety was the reason you presented to the trustees regarding your permanent trespass decision.
Finally, for the sake of basic human honesty, why not adopt a new written policy stipulating that patrons who criticize the library will be permanently trespassed without due process.  At the same time, you should strike out certain policy statements, especially “Libraries should challenge censorship […]” and “should provide materials and information presenting all points of view,” since evidently Sturgis does not.
You’d asked my neighbor (sarcastically?) how I was doing a couple of months ago.  Well, I am doing quite well, ever decrying injustice, hypocrisy, and left-wing political correctness.  Thank you for your attention and your hopeful approval of my request!
G. Tod Slone, Ed.
The American Dissident
Posted by G. Tod Slone at 6:19 AM No comments: 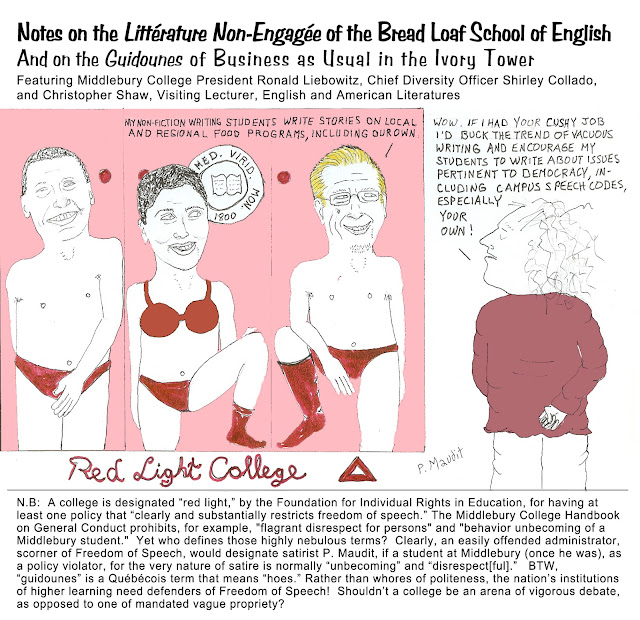 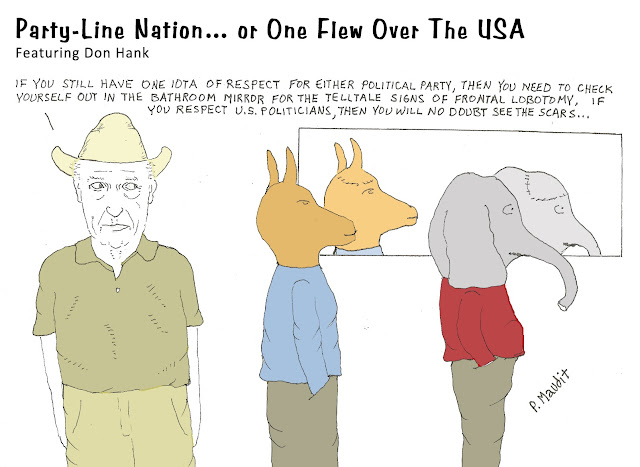 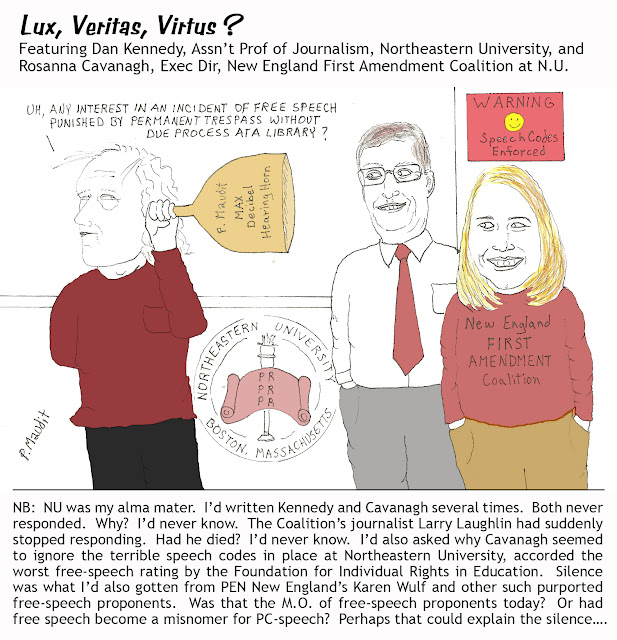 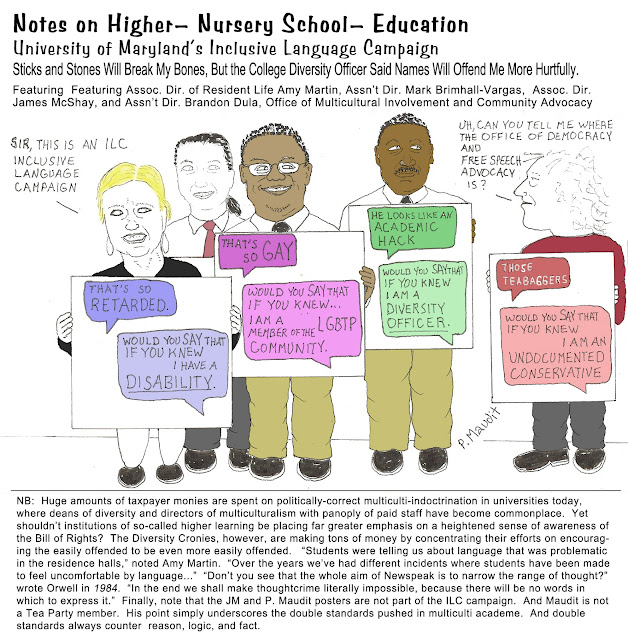