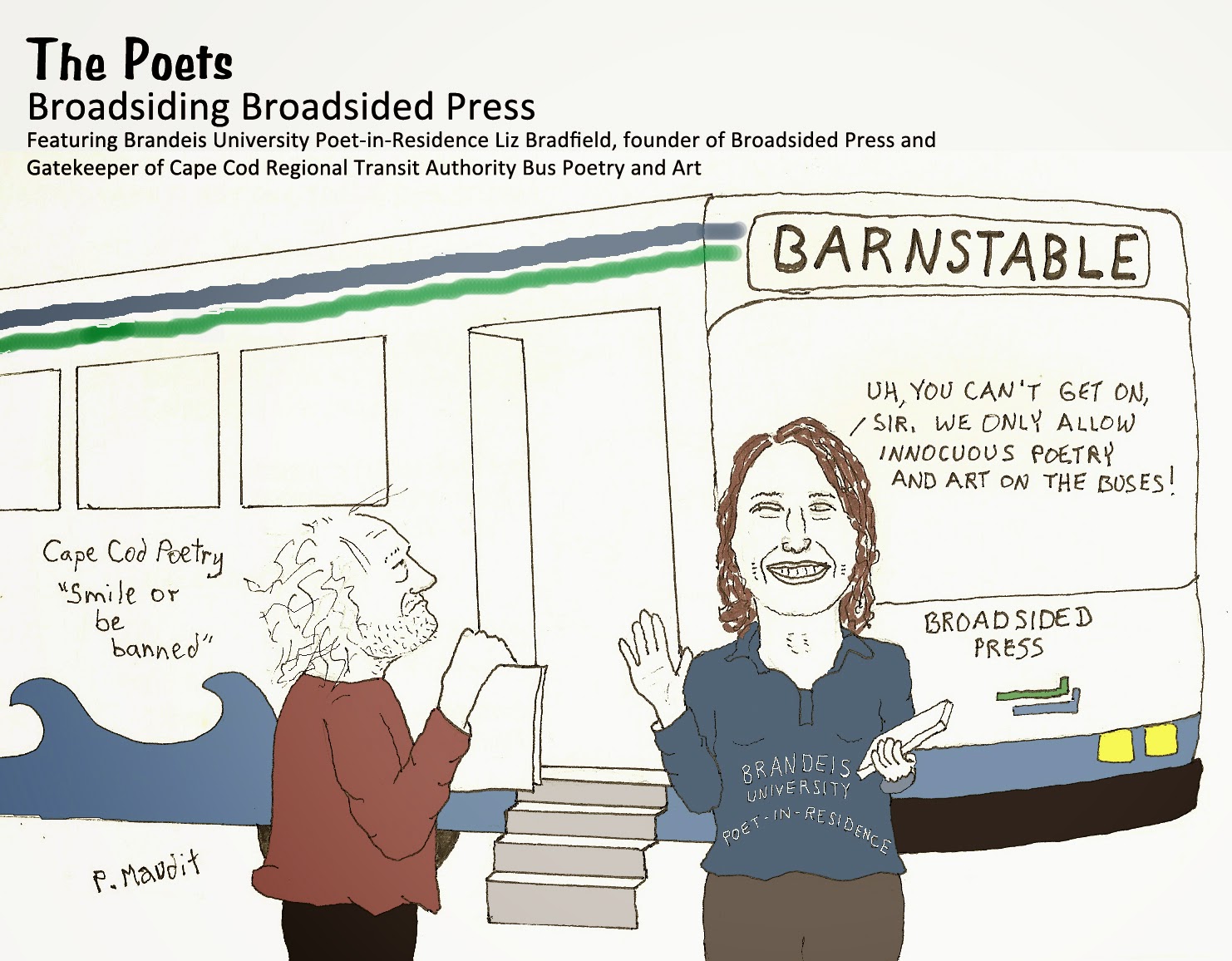 
To John Plotz, Chair, and the other professors and instructors of the English Department, Brandeis University:
In the spirit of the American Library Association’s Library Bill of Rights, “Libraries should provide materials and information presenting all points of view,” why not get your library to subscribe to The American Dissident, which presents a point of view at antipodes to that presented by Poetry magazine, for example.  In vain, I knocked on the door several years ago.  Harvard, Yale, Johns Hopkins, Brown and other universities are subscribers.


In the journal, you will find, for example, harsh criticism of English professors, poets-in-residence, and librarians.  As an example, one of your very own was just lampooned in a cartoon now posted at the journal’s blog site:  http://wwwtheamericandissidentorg.blogspot.com/2014/04/liz-bradfield.html.


Will any of you amaze me with a response from the normally unresponsive academic/literary established order?  In fact, have any of you raised your voices against the silencing of Hirsi Ali?  In fact, why not invite me as your next poet-in-residence?  I would certainly add fire to that normally dull position.  I do possess a doctoral degree from a French university.  Well, we all certainly know the answer to that one!  Might there be one individual in the academic English herd amongst you?  My experience with such herds indicates that to be highly unlikely.  For the past several decades I have been knocking on academic doors.  To date, only one professor has been willing to invite me to his classes to talk about The American Dissident and dissident poetry and writing.  Below is one student’s response to the journal, received this week.


Thank you for your attention!


Response to The American Dissident


I like the idea behind The American Dissident; I like the rebellious nature behind the idea. I also think it’s REALLY cool that this guy has, for a lack of a better phrase, the balls to do this! Few people today have the passion and dedication shown by G. Tod Slone. It’s clear he puts an insane amount of time into each issue of his magazine; the layout, the poems, the cartoons, the excerpts he writes, are all examples of this. His blunt way of writing and the bluntness of the poems he chooses are refreshing and a break from the sugar coated shit that is usually circulated around schools, universities, and professional offices.


There is very little tolerance shown to people who have opinions that differ from the masses. Pushed down and ignored, most people succumb to the social norm around them. It’s nice to see that not everyone is a pushover; that some people rebel- and not just this one man either, but everyone that he publishes. Every single poem was so real.


I also want to give mention to the correspondences in the back of the booklet. Slone’s dark sense of humor and sarcasm shows throughout the magazine, but it really shines in this section. It’s a look into Slone’s personal life, and the kind of feedback he gets from real people and his real reactions. It adds so much to his magazine knowing he really supports and preaches this stuff in real life.